India has over 75 crore people using the internet. However, a significant proportion of Indian users use the internet across low friction verticals such as entertainment, news, messaging, and social media. Of the various barriers that prevent these users from engaging with more verticals and availing more services, and truly enjoying what the internet has to offer, one of the biggest is that while India is a country with great linguistic diversity, much of the information (and therefore access to internet, e-governance, ecommerce, e-banking etc.) cannot be used by the majority of the population as it is available majorly in English. Unfamiliarity with English means that Indian language users hesitate using these services, as they don’t completely understand what is being offered to them. They would feel safer using services in their own language. Similarly, ‘text information’ is majorly available in English only (e.g. text books, information on government schemes, crop advisory etc.) and due to lack of English reading/writing skills, a large percentage of the population is not able to tap the complete benefits of the internet revolution and is unable to avail the full benefits of government schemes.

Content creation poses another major problem, with most users finding friction points when it comes to typing and viewing Indian text. The Internet today is thus severely deficient in terms of content for Indian languages. In fact, 53% of non-Internet owners in India state that they would start using the Internet if it has content available in their mother tongues. The lack of local language content is particularly stark in the multimedia domain that consists of videos, podcasts and digital assistants. Therefore, in India’s new and emerging digital ecosystems, we must find novel ways to engage with citizens who communicate in varied languages and dialects. The objective is to make information available to the people in their native language in order to be a “truly” connected nation.

On the one hand, over the last decade, the enormous penetration of the Internet in the country means that a major chunk of this multilingual population is actively seeking to consume and interact with online content in their own languages. With heightened Smartphone proliferation, availability of cheap mobile data, expanding WiFi services in villages and overall digital literacy, India has an unprecedented opportunity to create a blueprint for building the Internet for local languages. We too have an opportunity to leverage AI and deep learning technologies.  However, the key factor in building solutions using deep learning is the accessibility to multilingual data.

Progress in Indian language technologies has been hampered due to the lack of availability of large amounts of high quality datasets to train state-of-the-art AI models. Curated and validated contributions are urgently required so that these can go into an open source repository, where it can be harnessed and put to use by the entire ecosystem.

Bhashini, also known as the National Language Translation Mission (NLTM), has been envisaged to take advantage of this opportunity. Bhashini aims to build a distinct Indian language technology platform, related services and products, by leveraging the power of artificial intelligence. 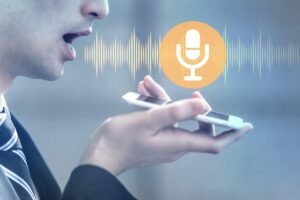 The mission of Bhashini is to: “[Harness natural language technologies  to] create a knowledge-based society by transcending the language barriers and providing content and services to citizens, in their own language, both in the form of speech and text.”

This would result in the creation of a knowledge based society where information is freely and readily available.

Some specific examples of the possible usages are: Aripana Foundation is working on the project in collaboration with a highly reputed academic and research institution, to build high quality datasets in Maithili, which will be used to train state-of-the-art AI models and develop automatic speech recognition, text to speech synthesis, machine translation, optical character recognition (i.e. OCR) and related technologies, in Maithili. This, in turn, will enable the development of various applications for the public and private sector, NGOs and the end-user.

We are recruiting Maithili Annotators, Maithili Experts and Project Coordinators who will work with us to create these high-quality Maithili data-sets and support the development of cutting-edge language technologies in Maithili.

This will be a full-time job for up to 18 months initially, requiring good competency in both Maithili and English and familiarity with the use of laptops, smartphones and the internet; and involve development/writing, translation and annotation of Maithili and English-Maithili content.

To apply for the Language Expert/Annotator or Project Coordinator/Manager roles, or to join us as a volunteer or support us in any other way, please visit this link.

Qualified candidates would be offered a salary of 30-50K/month based on qualification and experience.

You can also support this effort by lending/recording your voice for audio-samples, sharing digital Maithili content with us and volunteering on this project. For any queries, you can email us at careers@aripanafoundation.org